Snowbird crash into a neighborhood just after takeoff....

JEP said:
Not once did I ever worry about being shot at but then again I was on a carrier with plenty of protection.....The only tense time I ever had was transiting the Straits of Hormuz when we were under GQ.
Click to expand...

yeah cool that missed the point entirely but whatever. Sorry for the thread drift.

NovemberEcho said:
yeah cool that missed the point entirely but whatever. Sorry for the thread drift.
Click to expand...

JEP said:
Military or civilian service...I dont want to serve in any role alongside someone who was forced to be there. As for "FREE" college its already there depending on how you define free. I was paid in the Navy and the GI Bill was 'free'. Used TA while in an GI Bill when I got out. my 4 yr degree was free in my eyes.
Click to expand...

I served with a number of people who had the “choice” to serve in the Armed Forces or serve jail time. Choosing the Armed Forces (USAF, in my case) didn’t promote much of a bad attitude or a poor airman beyond the first week or ten days of basic training. Most of them I knew served well and were good comrades-in-arms, despite being “forced“ to be there.

We had a draft lottery for Vietnam Nam when I was 18, televised and everything. My draft number, based upon birthday, was low enough that I chose to pursue my choice of service branch. It was a good option for me, despite not being everything “promised.”

I did TDY for 89 days to contribute to the efforts of a “combat zone,” but never heard enemy fire; spent a year “remote“ at Galena AFS without my wife of a few months, didn’t get the specialty for which I enlisted, but it all worked out fine. I got a “free” GI Bill for college, and a secure income with benefits for self and family, despite a few inconveniences.

I served with some PITAs, as they may have thought me, but never once did I meet someone with whom I regretted rubbing shoulders, whether they “had” to serve or chose to.

May she rest in peace.

CaptainYoda said:
I see your point.
So a climb to get altitude for ejection.
Click to expand...

And I probably shouldn't have said "doubtful" in response to what you posited either. That is certainly possible. This was just what my first thought was. It is certainly not possible to know for sure either way with just a smart phone video. But yes, that is what I was alluding to......zoom for altitude is most always step 1 in a single engine jet that is having problems. Helps with getting into the heart of the seat envelope quickly, and it answers the question pretty quickly about whether or not you can get on a flameout profile to a runway somewhere.

Which is why I said military or civilian.
Click to expand...

Great. So which method of civilian service did you choose out of high school? Oh, that’s right...

SlumTodd_Millionaire said:
Great. So which method of civilian service did you choose out of high school? Oh, that’s right...
Click to expand...

Exploring the world one toilet at a time.

Bandit_Driver said:
I'll take an all volunteer army over those being forced to serve. I'd rather have motivated people that want to be there over those that are forced into service. The draft should only be used in extreme circumstances.
Click to expand...

Most of the people I met while active duty were forced into their service one way or another. Family tradition (pressured into it), court ordered, needed the service as means to get out of the hometown and to secure their future, they got their prom date pregnant and this was the only way to provide child support to their future ex-wife, or the family lost their college funds in the previous economic crash...

There were a few that wanted to serve, but they usually had some variation of “catching towelheads” or “wanting to go camel jockey hunting...” as they explained the desire to sign up.
Last edited: May 19, 2020
C

about 80% of all service members are there because they are poor, 7-10% family tradition.

Take away the wealth gap and there will be no one to fight the wars for corporate America.

CaptainYoda said:
about 80% of all enlisted service members are there because they are poor,
Click to expand...

CaptainYoda said:
about 80% of all service members are there because they are poor, 7-10% family tradition.

Take away the wealth gap and there will be no one to fight the wars for corporate America.
Click to expand...

There is absolutely no empirical data of that, in fact every time they do a census across recruiting it goes the opposite. The average household income across enlistments/commissions in the military is actually higher than the median income for the country. That’s pretty hard to accomplish if you’re supposed to be recruiting the lions share from poor low income areas and vulnerable minorities. 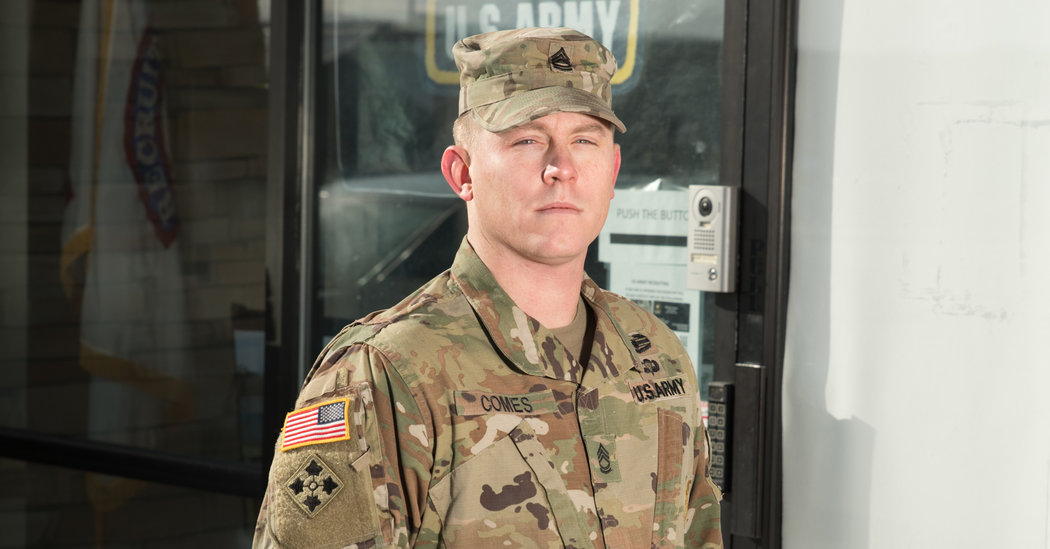 Who Signs Up to Fight? Makeup of U.S. Recruits Shows Glaring Disparity

More and more, new recruits come from the same small number of counties and are the children of old recruits.

The prime factor on the choice to join the service hinges on familiarity with the military either through proximity to a base or a family member who has served.

The military has only moved further from the “poor kids to die for Uncle Sam” stereotype with the end of the draft. Especially as we’ve become a more technologically driven military.


Sent from my iPhone using Tapatalk

CaptainYoda said:
about 80% of all service members are there because they are poor, 7-10% family tradition.

Take away the wealth gap and there will be no one to fight the wars for corporate America.
Click to expand...

I never realized there were %'s on a dartboard....

Many of these things are enforced by a guy with a gun.
Click to expand...

Worse than that....not paying taxes has the death penalty....

Don’t pay your taxes, go to jail. Try to escape from jail, get shot.

Don’t pay your taxes, go to jail. Try to escape from jail, get shot.
Click to expand...

Even if you're an airline pilot.

Don’t pay your taxes, go to jail. Try to escape from jail, get shot.
Click to expand...

Were we already merged when a handful of pilots took a poorly written book about how to get out of income taxes, stopped paying and then SouthernJets came to them and said, “Cut a check to the IRS for $X or consider yourself unemployed”? I know one of those guys, he’s.... “special”

jtrain609 said:
Even if you're an airline pilot.

He fought the law and the law won...

JEP said:
That sounds nice in theory but having served in the Navy (and my son serving now) that last thing I want (or he wants) along side us is someone who was 'forced' to be there. We have more than enough volunteers. It's a great option.
Click to expand...

Military service would be only one of the options. I’ve friends in Germany who elected civil service instead, they weren’t forced to bear arms. But everyone should have to do something, our society and citizenry would benefit.

That’s called slavery. No thanks.
M

SlumTodd_Millionaire said:
That’s called slavery. No thanks.
Click to expand...

Well, it’s not that, but it shouldn’t be mandatory. As one who served, trust me when I tell you we had plenty of people that didn’t need or want to really be there, yet they volunteered. God help us, if we started forcing people to serve.
You must log in or register to reply here.
Share:
Facebook Twitter Reddit Tumblr Email Link
Top