I've been looking on usa.gov for anything related to flying jobs with the NPS...but cannot find anything.

irwin2018 said:
I've been looking on usa.gov for anything related to flying jobs with the NPS...but cannot find anything.

Whereabouts are you based? They may recruit locally. Looks like some interesting flying out there. 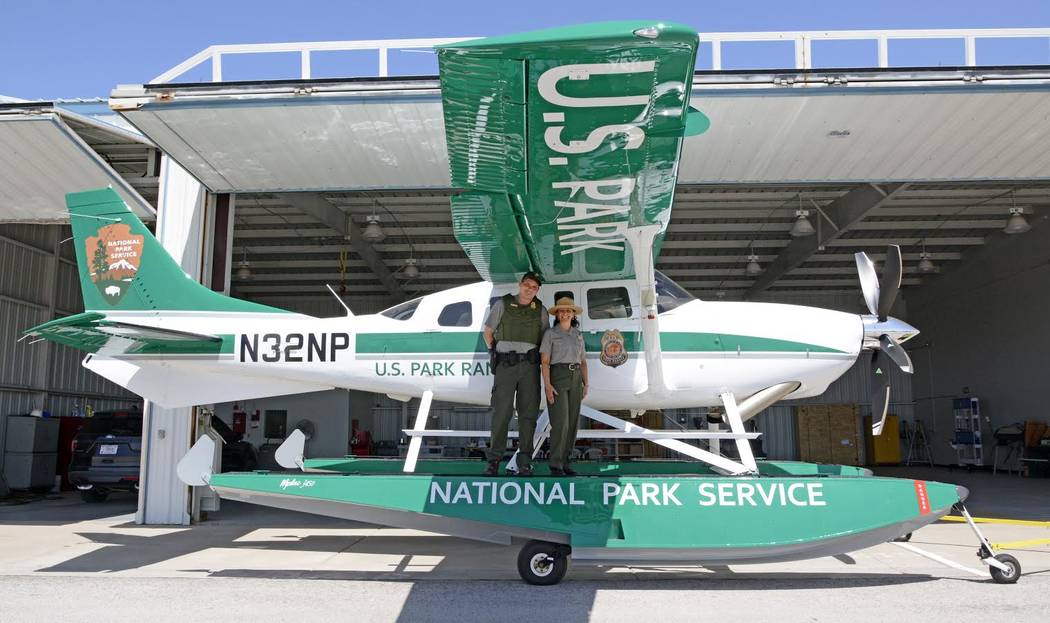 The National Park Service has a faster way to respond to emergency calls on Lake Mead, just in time for the start of the busy summer season.

Arizona....but I'd be open to relocating.

Does the NPS usually have pilots on hand?

A while ago they were hiring a ranger for Kalaupapa (Moloka'i) and one of the requirements was that the applicant be a pilot. Rather specific to the accessibility of the park in that case, but it stands to reason that pilot rangers would be useful for a number of large, wild areas.

Wow, that would be a great idea while working on more ratings! If you have any more information on this can you send a link? Thank you.

Excelsior said:
Wow, that would be a great idea while working on more ratings! If you have any more information on this can you send a link? Thank you.
Click to expand...

That was a few years ago and the position was filled. USAJobs.gov is the place to go, unless you know someone local to an agency who can give you a heads-up before a posting goes live. You'll want to look for postings from the National Park Service, Forest Service, Department of the Interior, Fish & Wildlife, and/or BLM. Keep in mind they're generally career-type jobs, though, and frequently have a secondary component like forestry, law enforcement, game management, historic preservation, or cultural resource management that you'll need to demonstrate qualification for.
B

They show up once in awhile but few and far between.

USFS had an opening at their Ely, MN seaplane base. They fly at least three beavers out of there. It’s a one-in-a-million job though and you can retire as early as 20yrs and at age 50 (age 37 maximum hire age unless you have previous Fed LEO or Firefighter time). There is a cool YouTube video out there of the Ely MN Seaplane Base.

No maximum age for Federal contractor pilot jobs. Otherwise expect to see the age 37 limit for everything else that is related to LEO (Customs, FBI, etc) or Fire (USFS) Pilot jobs.

I just resigned from Customs after 11yrs to work a different LEO job. I already have CBP Air & Marine (AMO) emailing me asking if I want to come back as a pilot. I must have filled out a form years ago when I worked there.

Pro: You have 100% job security and a pension (1.7x multiplier for LEO/Fire for the first 20 years and 1.0x after). So 20yrs will get your 34% of the average of your highest three years of base+locality pay. Guaranteed pension. CBP Pilots are cranking out in the low six figures. So expect a $40k/yr pension for LIFE if you hired in at age 30, only did 20-years, and walked at age 50.

Pro: they fly in the best equipment available. Maintenance is superb. They don’t cut corners.

Pro: CBP AMO get take home cars (generally brand new Suburban’s). I’m sure they still do this due to callback emergencies.

Cons: Your buddies that slaved it out with the 135’s and then the 121 grind will surpass your pay after a decade and then probably make double your Federal pay.

I surprised many coworkers after I gave up my dead end and mentally traumatic $125,000/yr Customs job. I can care less about the pay as I’m financially stable with my own money & investment decisions I’ve made in the past. But that’s why I probably WILL NOT apply to be a Fed pilot and risk it out in the real world.

If you’re under 37 and have 1500hrs, I’d seriously consider these Fed pilot jobs though. Especially if you want to make over six figures and be home every night (CBP AMO) or want to live in the middle of a National Forest (Ely, MN).


Sent from my iPhone using Tapatalk

I heard they are hiring for seasonal work: http://www.owyheeair.com/

NPS is hiring a Ranger/Pilot. Must be able to have NPS Type I certification by time of hire. There is a physical agility test too.

See USAJobs.com. Job series is 0025 (type that in the search box or type “pilot”)